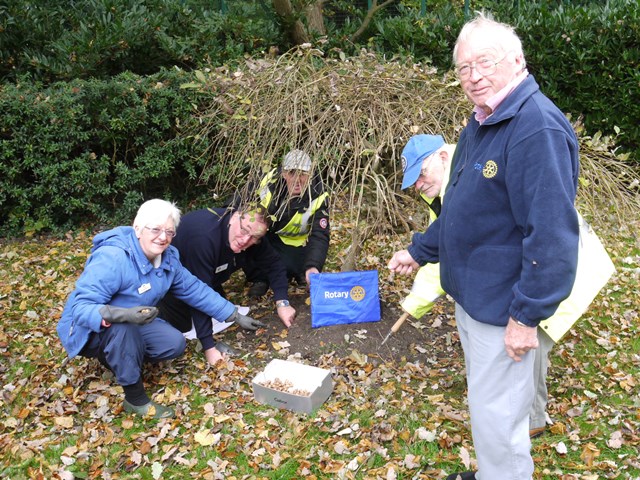 Woodlands received a very special donation of 1000 Crocus flower bulbs recently as part of a national campaign led by Rotary International for the awareness to eradicate Polio worldwide.

Les Wilson, Simon Rennie and John McIlroy from Maghull & Aughton’s Rotary Club visited the Hospice with their special donation of the Ruby Giant Crocus Bulbs as part of the Rotary International Campaign to end Polio. The gentlemen have been donating the flowers for free throughout the community, including local schools, churches and public gardens and spaces, to raise awareness of the campaign. The Rotarians of Maghull and Aughton have been long standing loyal supporters of Woodlands Hospice

Les, who is the Maghull & Aughton Rotary Club’s past District Governor and their Rotary International representative, explained the significance of the Crocus flowers to the campaign,

“The Crocus flower was chosen as when they bloom they will be a vibrant, purple colour. This is hugely symbolic for our campaign as in countries where Polio is still a massive epidemic, the staff administering the vaccine often mark a child’s nail when they’ve been vaccinated to stop them going back for more. The children often do this as they are given a sweet after their vaccination and therefore want to go back for another treat! Each Crocus flower that blooms will represent a life saved from Polio and the Ruby Giant Crocus is one of the strongest species of the flower, therefore it will come back year after year.”

The campaign also has the support of the Gates Foundation, with them not only matching but trebling every pound raised by Rotary International. 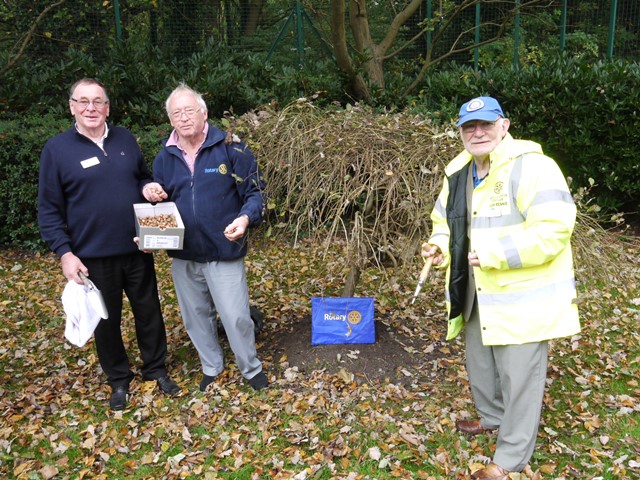 The Rotary Club is hugely involved in charity work and the Maghull club in particular has supported Woodlands in many ways, including holding an annual Golfing Event in aid of the Hospice. Simon Rennie has been a volunteer at Woodlands for over 20 years and Les has a very personal connection with Woodlands Hospice and along with his family supports us every year by holding a Christmas collection along with their friends.

Our Hospice Gardening Volunteers helped the three Rotary members to plant the Crocuses in our main garden, with more being ordered for our Patients Gardens.

We look forward to seeing them in full bloom from March 2018!