Joel dives in to drop off big cheque!

When Joel Johnson set off to Dubai to take on a skydiving challenge, he set himself a fundraising target of £300.

The 21-year-old daredevil recently completed his giant leap for Woodlands and was amazed to discover his friends and family had helped to more than double his original target!

Joel, who lives in West Derby, works at Rathbones Investment Management and has also put Woodlands forward to apply for funding from the Rathbone Brothers Foundation, a charity connected to his employers.

He initially took on the challenge in memory of his Dad, John, who was cared for at the Hospice during 2017. He completed it with the help of his cousin and four friends earlier this year.

You can see incredible footage from Joel's big jump below:

Joel popped in to Woodlands last week to hand over his cheque for £765.00 and Fundraising Manager Kate Leah was on hand to receive it. 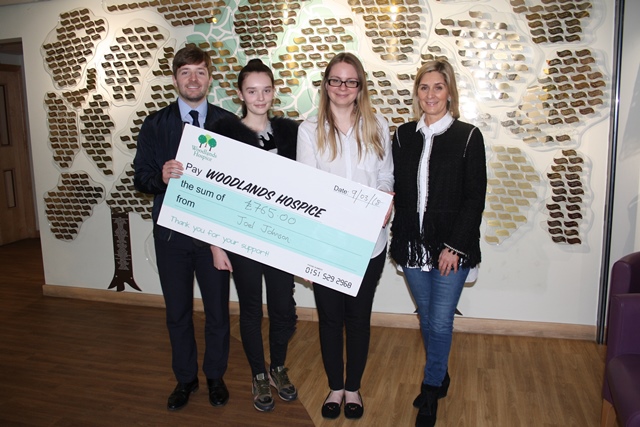 Kate commented: "We are always humbled by the lengths that people will go to when raising money for us. We truly appreciate Joel's courage in undertaking this brave feat and would like to thank him not only for raising a substantial sum of money, but also for helping us access further funding through his employer. Well done Joel!"