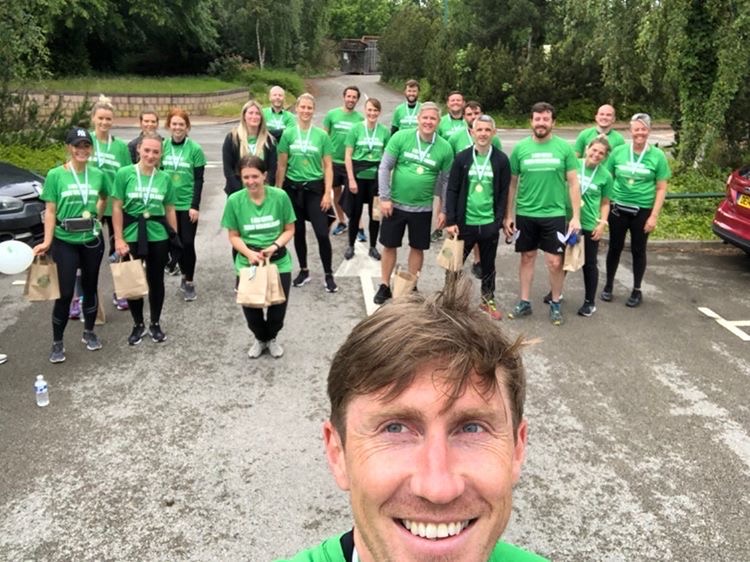 Kifit Striders have beaten their own fundraising target by raising more than £3000 for Woodlands Hospice, after club members completed a springtime challenge to run 2,400 miles, the length of America’s Route 66.

The group hoped to raise £600 for the Fazakerley charity when members of the Kifit Striders team ran until their individual miles tallied to a combined 2,400, equal to the length of the infamous USA route.

Kifit Striders’ founder Kieran Flanagan is amazed by the response. He said: “it feels great to have exceeded the fundraising target by so much and to have completed this challenge. Each runner was fantastic and did their bit towards the 2400 mile target. The group found it tough at times with some sore legs along the way but kept pushing to hit the goal for the charity. I’m really proud of the Ki fit Striders and what they have achieved.

“Woodlands Hospice is an amazing charity that does remarkable work. Especially in tough times like we’re in, it needs all the help it can get.”

Kieran was inspired to reach out to the hospice after Covid 19 struck realising that local charities would be struggling and in need of urgent help. Also to support his clients and their well-being, providing something fun and challenging to keep them focused during the lockdown period when he was unable to see them in person. Kieran did a shout out for suggestions on social media for charities he may help and was contacted by Paula Parle Woodlands Hospice, Community Fundraising Manager.

The idea of running the distance of Route 66 came during Kieran’s search for an iconic virtual challenge route. “I decided on Route 66 as it’s so well known by everyone. Now I have run the virtual distance a real road trip would certainly have more meaning” Said Kieran.

Woodlands Hospice Community Fundraising Manager Paula Parle, who also took part in the challenge said: “I can’t describe how much our local community support means to our charity right now. Our income has dropped substantially and we’re desperately trying to make up a six-figure annual shortfall so that we raise the £4,000 we need daily to continue our specialist services to patients and their families.

“That’s no mean feat and we’re so incredibly grateful to Kieran and all the runners who took part in Route 66 challenge.”

Owner of personal training business Kifit, Kieran started its Kifit Striders club around two years ago. Based in the King George V Leisure Centre in Knowsley, the running group has grown to near 40 in that time, attracting members of all ages from Huyton and surrounding areas.