A supporter of Woodlands Hospice, Gareth Williams, has decided to undertake a fantastic challenge to swim across Loch Lomond on Sunday 6th August to raise money for the Hospice and its services. 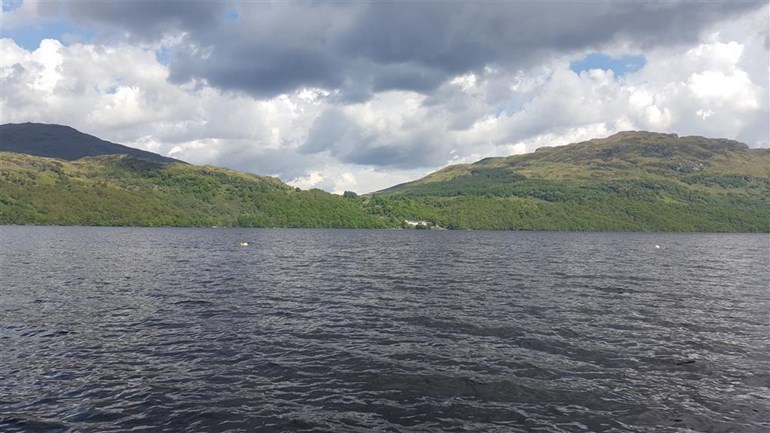 Loch Lomond, where Gareth will take on his long distance swimming challenge

Gareth decided to take on the challenge after losing his friend, Peter Grossmith, to cancer earlier this year. Peter and Gareth met through work at Gareth’s fathers company, Crosby Intruder Alarms, where Peter was Operations Manager for many years. Gareth was inspired to take on the challenge after visiting Peter whilst he received care at Woodlands Hospice and Gareth was so impressed by the care and support his friend received from the Hospice's staff and services during his final days that he wanted to give something back and donate to the charity.

Gareth, who has raised money for charities such as MacMillan Cancer Support in the past, commented,

“I wanted to do something for a smaller charity this year and seeing the care and services provided at Woodlands just made up my mind for me. I’m hoping that by supporting the smaller charity I’ll help to make a real difference as well as honour Peter’s memory.”

He added, “Peter’s family know that I’m taking on the swim and have already supported me with my fundraising efforts which has definitely motivated me! I’m hoping to make the charity swim an annual event from now on.”

Gareth will be swimming approximately 1 mile from Inversnaid, Scotland to Loch Lomond Holiday Park, Inveruglas. Gareth chose the Loch, despite its freezing temperatures, as his Mum and Dad own a holiday lodge in the park opposite (where Gareth will complete his swim) and therefore has decided to reward himself with a well-deserved holiday following his swimming challenge!

We’d like to wish Gareth good luck in his challenge! If you’d like to support Gareth with his fundraising aim of £1000, you can donate via his Just Giving Page.